How Can Meek Mill Rise Up & Overcome? 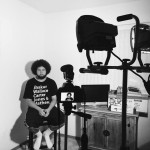 Sermon (of Sermon’s Domain) is a prodigy in the world of Hip-Hop journalism and a staple in the Seattle music scene. I had the pleasure of meeting him a few years back on a Freshest In The NW panel and we’ve kept in touch ever since, fans of each other’s work in the NW scene. That said, it’s with endless excitement that I announce that Sermon will be providing content for We Out Here Magazine going forward. Armed with a vast knowledge of – and countless connections within – the rap industry, Sermon brings an angle to WOHM that we’ve never had before, helping to bridge the gap between what we do Out Here and the vast enterprise of commercial rap. He also gives us another set of eyes in Seattle.

For his WOHM debut, Sermon steps out of the Northwest and provides some advice for Drake’s latest victim, Meek Mill. Enjoy.

During Dave Chappelle’s legendary run on TV, he created a game show skit titled “I Know Black People.” One of the questions ended up asking, “how can black people rise up and overcome?” Jokingly, a white female police officer’s answer was “Can they?” In a similar scenario, Meek Mill’s future is being questioned and the answer is the same. Can Meek rise up and overcome the onslaught of humiliation on social media and taking a loss to Drake?

The age of social media is both unforgiving and forgiving. This time next week, Meek Mill will be a distant thought in the tweets like many albums as people move on to what’s next. I’ll be damned if social media didn’t body Meek Mill. Measuring the amount of laughs I’ve had from the memes to the creative tweets would be impossible.

What keeps this going after OVO Fest is Meek’s IG activity. He tries to act unfazed with teeth whitening and money counting photos. Deep down, he has to be hurting. Even if he logged out of his accounts, somebody had to enlighten him about Drake’s actions. This was a moment he felt would elevate him to a new level. “The man who exposed Drake” would be read in his eulogy under a long list of achievements, and it still will be only if you add “and had it backfire” to the sentence.

So, the question comes up once again. How can Meek Mill rise up and overcome?

9th Wonder put it perfectly: “the only comeback from anything is….great music.” After serving jail time last year, the album that would be Dreams Worth More Than Money underwent a lot of changes. Despite previews and rumors of certain songs’ existence, Meek scrapped most of the pre-jail set. He had a new perspective and inspired himself to create a new body of work.

In a couple interviews, he’s alluded to giving fans those songs soon. Meek is currently the butt of jokes, but his tweet being a download link to the project would silence everything. Fans would quickly download to throw their “hot or not” opinions in the atmosphere. If it’s good, which having a song with Jay Z, Nas & Nipsey Hussle seems hard to miss, Meek Mill wins. It’s really as simple as that.

No more mentions of Drake, that bridge has been burned badly. No diss records or negative publicity. Meek’s sophomore album sold a ridiculous amount in its first week, so that shows fans wanted the music. To get past a tough time, Meek just needs to give them more.

Think about it from Drake’s perspective. Ghostwriting allegations would hurt him big time, but most people are talking about “Charged Up” and “Back To Back” instead. If this was his way of burying a scandal from affecting his career, mission accomplished. Both of those songs are being pushed as singles on iTunes, and have racked up over 20 million plays combined.

The choice is Meek Mill’s. He could finish up his (girl’s) tour, then go quiet, or come out with music worth typing flame emojis for. Either decision will be more beneficial than the situation he’s put himself into this past month.