Interview with J. Pinder, Currently on Tour with Talib Kweli 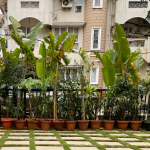 At age 23, J. Pinder has been an integral part of the music scene in Seattle and gained national recognition with the appearance of his “Upside Down” video on MTV and the release of his album Code Red. He has earned another opportunity to share his music outside of the Northwest while on tour with Talib Kweli. J. Pinder’s recent album, Careless, integrates his distinctively holistic approach to music with a personal growth reflected in the album’s lyrics (Careless is available on iTunes). He took some time to catch up with WOHM while on tour to discuss touring with a legend, Careless, and the trajectory of his career.

What is it like being on tour with Talib Kweli? Are east coast audiences familiar with you? What do you think the tour means in terms of your career?

It has been both an honor and a privilege to be able to tour with a legend like Talib. It’s huge for my career because it gives me legitimacy, and most importantly, experience. I toured a few months earlier with Black Milk so I got a chance to visit some of the same places and I’m seeing a lot of people in the crowd that know my lyrics and what not. It’s pretty cool.

Any crazy stories from the tour so far?

What happens on tour stays on tour.

Tell us a little bit about your “Never No” video; how did it end up on MTV? You’ve mentioned in other interviews that MTV has been extremely supportive of your career, in what ways?

Never No was shot in San Francisco with directors John Coyne and Trevor Traynor who are both dope photographers. MTVU picked up my Upside Down video for their freshman contest a few years ago and since then they haven’t been hesitant to support me.

How have you and your music changed between the release of Code Red and Careless? How was the production process different, if it was different at all?

I’ve grown so much as a person. Code Red was a lifetime ago in my mind. That was my first legit project. I recorded it all by myself in Vitamin D’s studio in Seattle. Kuddie and I were the only creative minds behind it. Careless is my “If I can only create one record in life, what would it sound like and what would I say” album. I got a chance to work with real musicians and my go-to producers and really bring my vision to life. There was absolutely no planning or strategy behind Code Red. I just threw it out there. Careless has been a serious process.

If you had to summarize Careless in approximately one sentence, how would you describe it?

What do you think Careless means in terms of your career and the Seattle hip hop scene?

Hopefully it will be the beginning of what I plan to be a fruitful music career and brings some legitimacy to Seattle hip-hop worldwide.

In what ways have being a member of the Seattle hip hop scene influenced you? Who have been some of your favorite artists to work with?

I learned everything I know from my mentors, Vitamin D, Jake One, J. Moore, Karim etc. Theres a lot of talented artist coming up in Seattle and they all inspire me. I don’t listen to much rap these days and when I do, its from Seattle. Royce the Choice, Porter Ray, Dyme Def, GMK, Macklemore, Peta Tosh, Eighty4 Fly to name a few.

Does performing outside of Seattle feel significantly different to you? How?

I wouldn’t say significantly. It’s always interesting anticipating the crowd’s response in other cities. But good music is a universal language.

Who are your biggest influences, both in and out of Seattle?

I’m more influenced by things or events than I am people right now. I couldn’t tell you.

What artists have you been listening to most often recently?

Outside of the other artists from Seattle that I named earlier, I’m really into a project called “Ice Bird” by producer RJD2 and singer Aaron Livingston.

When’s your next performance in the Seattle area?

July 17th at the Crocodile with Talib Kweli.

What’s the next step for you after the tour, now that you’ve released your album?

Continue touring and creating new music on my down time. Work never stops.