Interview with State of the Artist of Members Only 206 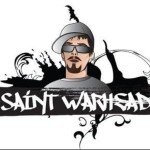 Seattle-based rap trio State of the Artist has been causing some pretty big waves in the Northwest hip hop scene since 2010. They toured on their way to SXSW last year, they’ve shared the stage with some of the biggest names in hip hop, they pack out the most popular venues in Seattle, and–most importantly– they make dope music. The 206 reppin’ three-man crew have definitely been paying dues and they are definitely out here. I had the chance to catch up with the SOTA boys this past week and talk shop. Check it out:

For those sleeping on Seattle hip hop, let’s get a quick introduction.

P:  SOTA is short for State Of The Artist–Thaddeus, Parker, Hyphen8d.  We are a three man rap crew from Seattle, WA with a ton of music and hella different rap styles.

What does SOTA have coming up in the works?

P: Anything we’ve done in the past you can expect to see again, music, videos, tours and a number of local shows. Right now we’re busy recording new music with a handful of different producers figuring out what we like and what we think you should hear next. Most likely a summer follow-up to ‘SLOPES’ is what you’ll be hearing next.

Did y’all make it out to SXSW this year?

P: Nope. Last year cracked, this year we entertained other touring options and are tending to obligations here in Seattle–SXSW is fun, expensive, and really inspiring. When it came around this year we were starting to work on new music and wanted to stay focused.

Were y’all excited about the show with Dom Kennedy coming up? Tell us about that real quick.

Hy: we were and it went well! We always try and take away something to change and evolve for the next time. much love to Jarv Dee, Shaprece, Janae Jones and DJ 100 Proof for keeping it cracking with us.

P: Yeah, Dom show cracked. We were on the bill with Poly3st3r and Dom who both work with our staple producers SKI TEAM as well so the vibe was just dope. Poly3st3r is nice on the keys.

Thaddeus and Parker have both recently been involved with their own solo projects on the side, can we expect any solo work from MC Hyphen8d?

Hy: Yes. One project with the illustrious DJ Phinisey of Tacoma which is comprised of beats made from chopped up 90s rock songs and one project for the love produced by Gene Munger whose family has been close with mine since before he was born, (he’s freshly 18 now). Losing his mother to cancer is the reason for three out of eight of my tattoos as well as the heavy, more poetic feel of that particular project I think, and I’m always looking for producers to work with. Feed me beats!

TD: I’m excited to hear the Hyphen8d project! I still havent even gotten the sneak peak. I know he’s got some dope, dope hidden up his sleeve.

Personally, my favorite project was Altered State, which was produced entirely in-house by Parker, correct? Can we expect any similar projects in the future?

Hy: hopefully, in terms of pushing boundaries and experimenting with sound, nothing will be exactly like that project…I don’t know if the game was ready for that one. I don’t even know if we were. heh.

P: I really zoned out producing that one. Was listening to lots of Kanye, Ratatat, Black Keys, etc. and taking elements I liked to blend with others and create something original. You can expect more of that from me as a producer and us as a crew as we diversify our bonds so to speak and hit you with more dolo projects.

How did your relationship with Members Only 206 start?

P: They were a Seattle cliq of guys throwing “after-hours” BYOB parties at unconventional venues, which was where our whole scene was kind of incubating. POMZ (our manager) put us on one with TheeSatisfaction, Champagne Champagne, and Kung Foo Grip. It was crazy. After that we approached them about working together in an artist-label format to pool resources and come up in the town. This was December ’09.

Who’s your favorite rapper? And who are some of your biggest influences?

Hy: Im a word/delivery/cadence man so (in no particular order) Method Man for his uncanny ability to be in the pocket of a beat, Pun for his technical acumen, Jay Z for his story telling, Wayne for his confidence and uniqueness, Lupe for his wordsmithing…DMX for emotion…of course Pac and Big. These days I listen to Kendrick mostly but I appreciate Krit, Schoolboy Q, Big Sean, Kanye…a handful of the newer cats but mostly local heads. Cloud Nice/Moor Gang, Hi Life Soundsystem, Katie Kate and the OFS crew just to name a few.

P: I really dig rapper-producers (go figure) so I fux with Kanye, Big K.R.I.T., Pharrel, DJ Quik. People that really own their sound inside and out, and put out consistently dope music regardless of what point they are at in their career. I also dig really steezy rappers, like guys who really sound truly unique vocally. OG’s like Busta, Luda, Nas, Jay, Andre 3k, new heads like Kendrick, Drake, Kid Daytona, Mickey Factz.

TD: Take all the above listed and sprinkle in some ignorant and you’ve got the formula for what I’m listening too.

You guys have become pretty big for the Seattle scene and have shared the stage with some big name acts, what do you think has contributed the most to your growth and success thus far?

Hy: The fun we have and the energy we share with the people around us. our passion for the craft and our community.

P: That’s really it man–three distinct vocals on the track. Good energy and a commitment to keep things exciting and execute collabs that feel organic–all of that translates to the shows and even to the buisness end of things. It all works out.

TD: Experience is big just that living and learning process. I feel like you always have this ideal of what your supposed to be doing as an artist thats never quite pans out how you pictured. So just taking things one task at a time and tryna come with consistancy.

Parker and Hyphen8d, do either of you get jealous of each other’s hair?

P: Nah we unconsciously trade styles bit it still comes out different in the end. Shit grows faster than a rap career that’s for sure.

Hy: we have such a depth of music and array of sounds, we really do project the state of an artist at many different junctions so there is something for everyone. Check for us at weareSOTA.com and visit us on Facebook.

TD: And follow us on the twatter @wearesota. Send us myspace style pics in the mirror so we know it’s real.