Acoustic Version of ‘The Wall’ Live 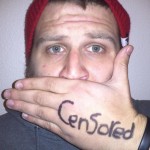 Sometimes in life, you hear about an idea and just think to yourself, ‘Wow, that is going to be so amazing’.

On December 3rd, at Dante’s in Portland, four guys from various bands are going to unite to re-create one of rock’s most popular albums ever. Rob Wynia , best known for his work in Grammy nominated band Floater, Chris Funk of the Decemberists, as well as Kenny Feinstein and Dave Gerow of the Water Tower Bucket boys will be doing an acoustic blue-grass style rendition of Pink Floyd’s iconic “The Wall”.

For those not as familiar with Pink Floyd or the Wall album, it is a concept record that follows a story loosely based on singer Roger Waters’ life. This album is also regarded as being the album that destroyed the band, due to differences between Waters and guitarist David Gilmour. Dubbed a rock opera, and with ever present haunting undertones and eerie moments (the album beings with Waters saying “…we came in?” and the album ending with Waters saying “Isn’t this where…” ) To bring the true emotion that Roger Waters had felt at the time in his career and feeling like he wanted to isolate himself from the world and create a wall.

Kenny Feinstein says the idea came from seeing band Sneakin’ Out sell out Mississippi Studios 6 times over with their Sergeant Peppers (The Beatles) production.

“Production for this show started a year and a half ago. The Wall is so relevant in the socio-political climate of today that it just seemed to fit perfect.” He also added, “This album is also one that many people are familiar with so we figured that instead of just getting die-hard Floyd fans, we could pull a mixed bag of people from the Portland scene.”

Recreating a “Rock-Opera” in an acoustic fashion is almost like writing an album from scratch. Changing time signatures and instrumentation while trying to not lose the initial feeling and emotion this album has been one of the challenges they have seen.

“We were trying to balance being tasteful and making sure that nothing is tacky or overdone.  We are trying to say more with less.” Kenny said.

When asked on if there is more plans in the future to do more –recreations of albums Kenny closed with this statement:

“Yes, yes, yes.  Dark Side of the Moon is almost ready.  There is talk of other Beatles stuff… We are open to suggestions as well!  This is just the beginning.  Doing this project has fostered a sense of community between everyone involved.”

I also had the chance to talk to Rob Wynia and get some of his thoughts about working on creating something new based on one of rock music’s most beloved albums. HUGE thanks to Rob and Kenny for all of their time and please make sure to catch this performance as it will be a once in a lifetime experience.

So tell me how this came about?

Well I have to credit where it is due, Kenny from Water Tower Bucket Boys, sent an email that they were thinking about doing a show – where there were going to play “The Wall” on an upright bass, mandolin and guitar. They wanted to know if I would be interested in doing the vocals on a few songs, so I said ‘Send me a recording and what you’re thinking about.’  He played a boom box, mic’d it and played “Comfortably Numb”. It was so bizarre and it was so weird. It was so much different from what Pink Floyd did and I was fascinated! I said ‘sign me up’ it was so cool… I don’t know if it is going to be up everyone’s alley but it is going to be interesting!

I was curious about how this was going to translate, when I first heard about you guys getting together to do this.

Some of it, from what I have heard, is really, really stripped down. No pedals, no delay, no effects version of what it was on the record. They [Kenny and Dave] changed the time signature on some of the songs, which makes it sound more like…. mountain sounding music? *Laughs* It’s a mish mosh of changing it stylistically.

You are the easiest person to interview, I was just about to ask “Were you guys originally looking to re-create it or doing it something more of a different spin on Pink Floyd’s the wall?”

Yeah it is more different, just simply starting from the ground work, just a few people on acoustic instruments; it really throws sounding exactly like it out the window.

For sure! What made you guys to choose “the Wall” over other Pink Floyd albums?

Pink Floyd fans might argue this but it is the most commonly known album of theirs. Other Pink Floyd albums aren’t as much of a story. I think that the goal is taking rock opera, which is what the Wall was and stripping it down. Part of the challenge is to make it compelling.

*laughs* You did it again. I was about to ask “What challenges were there in recreating an entire album?”

*laughs* The sheer technical point for the players; it’s what… 27 songs? That is an awful lot of solos and parts to play. It is going to be a long set, that is certainly a challenge. For this… the really tough part as far as the audience working together for the same experience, you have 2 very conflicting things trying to work together: bluegrass is not lonely; isolating drug music like Pink Floyd’s music… it’s really not. I think of bluegrass as music that people who have miserable lives who are trying to feel better… for a blue grass to try and recreate this album is conflicting. To make an experience and maintain the meaning, is a challenge… they are lyrically heavy songs so that helps.

Favorite song off of “the Wall”?

Off of the album or song I am most excited to play?

Have you ever watched “the Dark Side of Oz”?

*Laughs* somebody told me about that years ago, I did actually rent the video of the Wizard of OZ and I started playing Pink Floyd and it was so interesting! I got about half way through and then something came up and I couldn’t finish, so I don’t want to say that I have.

Alright sir, what more would you like to say?

Come with an open mind and I think you will enjoy it. I think anyone who is going to expect a tribute band is going to be pissed! *laughs*

For more information on the boys putting this together,
you can catch Rob at http://www.robertwynia.com

For Kenny and the Water Tower Bucket Boys: http://www.kennyfeinstein.com