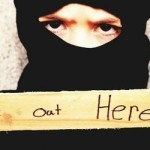 Calling all Hip-Hop fans… Tomorrow marks the first Thursday of the month and you know what that means… TheTHESIS is upon us! As we march towards our December anniversary shows, we’re pulling no punches with the lineups and September’s is sure to be one for the books. Stevo The Weirdo is no stranger to a THESIS show, but this will be his first time headlining the jig. Last year, Stevo turned an extremely sold out and already based line-up into The Most Lit concert of them all, and this time he’s looking to out-do himself. With recent singles like The Routine, Hella Baked, and 3 AMavailable on Soundcloud and Spotify, Stevo continues to prioritize quality over quantity while adding to his hard-hitting catalog. An electric live performer, Stevo has been putting in work on the road as well, sharpening his skills at shows across the region. Easily one of the most fun rappers in Portland, we’re beyond excited to bring Stevo back to TheTHESIS’ stage.

Rasheed Jamal has been hotter than the Gorge lately and his new project, Indigo Child, is extremely dope. Like… Imagine if Lil’ Wayne was from Arkansas and made TDE Records. That’s where Sheed’s at. With heavy support from Vortex Magazine and a monster performance at PDXPOPNOW, the resident Portland rapper has expanded his audience as of late and seems to have found his niche. There are few able to execute so well on their artistic visions, and Rasheed Jamal has been especially dialed in, leaving crowds sweaty and fulfilled at every opportunity.

I had a chance to peep CHOViE headlining a GLMG show while I was putting this show together in August, and I had to book the kid. A young, raw reggae/rap singer, he commanded the crowd with the sort of innocent charisma only found in youthful, hungry rappers. Focusing on fun and authenticity over technical proficiency, CHOViE takes risks and tries new sounds, making for some entertaining listens. He’ll make a great opener for tomorrow’s show, so don’t be late!

For those of you paying attention to the details, let me put you on to a lil’ secret: we’ll also have a surprise guest set from SQVTCH!

As always, TheTHESIS is brought to you by We Out Here Magazine with amazing support from Vortex Magazine, XRAY.FM, Bacardi, The Portland Mercury, Miss Lopez Media, and Casso Dinero. Our resident DJ,Verbz, holds us down every month (between and during sets) and for him we are endlessly thankful. Be prepared to enjoy custom drinks created by our artists (yes, this is a 21+ event) and bang out to some of the best local raps out here. To ensure entry (yes, we expect to sell out) check out this tweet and email Jennifer Moore.

We’re excited to celebrate our 34th month of TheTHESIS with you! Next month we’ll have our first non-NW headliner alongside even more supreme NW talent, but let’s not get ahead of ourselves! Come out and support some of our city’s best rap artists tomorrow at Kelly’s Olympian! It’s only $5, tell a friend!