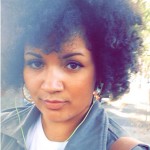 The highs and lows of this year’s CHBP in Seattle.

In the days before Capitol Hill Block Party 2016, I became enraged when I found out that NAO—the alternative R&B singer who was 50% of the reason I bought a CHBP Sunday ticket—had canceled. Apparently, NAO had run into some travel issues from the UK, and was being replaced with electronic jazz vocalist Maiah Manser. I was told not to worry; NAO will return to the PNW for her tour in September, which will support her first full-length album For All We Know, which dropped today. So that’s all good and fine, I GUESS. I mean… I was pretty heartbroken for a few days, but at least I still had GoldLink!

…….But wait, no. On Saturday evening it was announced that Goldlink had cancelled, too. As you can imagine, I was irate. The only reason I didn’t sell my ticket right then and there (besides the fact that my friend and I had already paid for the AirBnB) was because Seattle rapper Dave B was replacing GoldLink on the lineup, and I remembered being impressed with him at Bumbershoot last year. Even though the day felt like it had been stripped of what little R&B and hip-hop goodness there was, me and my friend Jackie decided we were going to enjoy our day at the festival regardless.

Luckily, when I arrived in Seattle and made a weed run to Uncle Ike’s Pot Shop, my faith in government-regulated reefer was enriched. My budtender told me they were now selling 1G joints for just THREE SMOOTH DOLLARS!

So yeah, that put me in a cheery mood. [However, it’s still annoying AF that I need to smuggle my legally-acquired joints into the festival like some kind of criminal. I’m not sure why we can’t have a cannabis tent in there where we can get high and watch the show in peace and rowdilessness.] Luckily, there was no shortage of places to grab a drink–they were everywhere. My favorite spot to sit and imbibe in between sets was at Chop Shop Cafe and Bar, where we people-watched and patiently waited for SassyBlack to take the stage. SassyBlack is one of the few artists that I had actually heard of, and I had seen her a week before at Holocene in Portland. While her music isn’t exactly my thing, I enjoyed her set which included an interesting cover of “Hold Up” by Beyonce and brought some much-needed diversity and Afrofuturism to my day. Because of GoldLink’s “unfortunate, unavoidable circumstances” the day basically became an adventure of discovering new artists to my Spotify playlist. The vast majority of the acts were indie, electropop, rock, EDM, or country. And the crowd seemed to be predominantly bros in Hawaiian shirts. Still, we decided to check-out Welsh alternative rock band The Joy Formidable. Turns out they really really rock, and concluded their set after what felt like 10 minutes of raw, experimental jamming. Admittedly, I was holding back from playing air guitar and rocking out right along with them. Their lead singer Ritzy Bryan—beyond being just a great vocalist and guitar player— is natural and hilarious as an emcee. Even though I’m not a big rock fan, I would see them again for sure.

People also seemed to be buzzing about the Portland synthpop band STRFKR (Starfucker), who took crowd-surfing to a whole new level—dressed in space suits and riding the sea of hands from the confines of blow-up flamingo floaties. I watched in stoned amusement as inflatable T-rex bopped around the crowd. The only remaining act I knew I couldn’t miss would be Seattle rapper Dave B, (i.e. my last hope for hip-hop other than Nu Era who was playing at the same time on a different stage). The week prior, Dave B. released his new album Tomorrow, and performed a few songs from it. Dave B’s on-stage energy and charisma certainly got us dancing, and made him a satisfying stand-in for GoldLink’s main stage set. Especially since he was accompanied onstage by Seattle producer Warm Gun, who I knew from a really dope remix he did of “We Can Go Blind” by The Flavr Blue.  I was sad when this set was over.

After the fest, my eardrums were yearning for more of Dave B’s music. I easily determined that my personal favorites from his new album are “Got it From,” “Do Not Disturb,” and “Drugs n’ Such.”

It was highly recommended that I see Chvrches, the last headliner for the weekend who were closing out the main stage. And while their style of music isn’t necessarily my cup of tea, they were undeniably impressive as an act. I especially loved the lead singer’s vocality and personality. When I read about the the artists who would be the very last performance of the weekend—a teenage sibling electronic duo called Tennyson who were from Edmonton—I wasn’t exactly clear on what to expect.  Luke and Tess Petty are typically described as mostly instrumental electronic jazz with tight drums (Luke does keys, production and his younger sister plays the drums). Turns out, brother-sisters duos can be cool! The crowd loved their vibe, and so did I. *Follows on Spotify*

Even though I’m still bitter I didn’t get to see NAO and GoldLink, I’m SO glad I got turned on to more quality music from the PNW. But hopefully next year CHBP can book more than a small handful of performers who appeal to hip-hop and R&B fans.