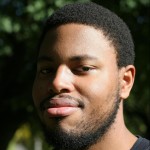 Saidah Wilson contributed to this essay.

Why are people surprised? What exactly is shocking about the police rolling through towns with tanks and tear-gassing Black people?

This isn’t the 1500 and 1600s with white people showing up on boats with guns to pillage your country. We knew police had these weapons and we’ve been aware they don’t give a fuck about us for some time now. Was Katrina really that long ago? Or the L.A. Rebellion? (Call it the L.A. Riots if you want to).

I was born during the years when police drove tanks with battering rams through people’s homes, under the assumption that they were selling crack. Three years before my birth, Philly police bombed MOVE with C4, taking out three blocks of the neighborhood. If there’s anything to learn from Ferguson, it’s that the masks are coming back off. The climate of political correctness is fading and people feel more emboldened to tell you how they really feel. Fact is, nothing really changed. We just dressed things up for the public.

We passed laws with no teeth, hired figureheads, and sang “Kumbaya” to ourselves until we believed it. Meanwhile, economic conditions for Blacks have stagnated, and in some cases, worsened since the 1970s.

Now things are erupting everywhere (not really, or at least not anymore than they already were, but perception is reality, right?) and we’re getting more emotional by the day.

Shock. Anger. Calls for action. Revolution time. And solidarity. Yes, others are ready to die with us.

Call me what you want but I’m over rallies and protests. After the storm, things will go back to normal as they always do.

I understand the urge to crack heads. The desire. That pride.

But can you feel that nightstick busting you in the face? Or that tear gas hitting your unprotected eyes? What about the bullets? The bombs? That’s pride, fucking with you.

Are you ready to die or prepared to live? All the people in solidarity with you mean well. That love is real. But their people aren’t at risk of being wiped out and becoming museum fodder.

They say a picture tells a thousand words. What do countless images of Blacks with their hands up or being tear-gassed or lying in puddles of blood say? Certainly not that we have power. I’m cool on protests but who’s down to put some money on survival skills classes? We need more than everyone rising together against a better-equipped enemy. Mass slaughters are great for TV ratings and sympathy, but you still lose at the end of the day. What about preparation?

What happens when the government shuts your water off? Takes your possessions? Locks your city down?

If anything, observing Ferguson, or Detroit for that matter, should have you reflecting on that.

Solidarity doesn’t mean a damn thing if the best it can do is give you someone to hold your hand while you die. Emotion is irrational. The people with the badges, guns, and tanks don’t have any when they’re busting your ass.

Study self-sufficiency. Pick up some survival skills. Don’t do it because things are wild in the news. Make it a lifestyle choice.

This is the shit they talk about at suburban white boy parties where no one’s in any danger. They have zombie apocalypse classes where people teach you this shit. Shooting ranges are everywhere. Oh, and did I mention that ECONOMIC EMPOWERMENT is your best friend?

Read between the lines. Think about the long game. I’ll ask you again, are you ready to die or prepared to live?

Addendum: Unity in times of chaos is not real unity. If all you have in common is outrage, how can you trust someone when shit really goes down? Are you really ready to die for someone because you share political beliefs, or is that just a sense of martyrdom talking? And what about after the storm?

Real relationships are stronger than political alliances. When people really become like family to you, that’s where trust comes from. Real unity, and more importantly, real love is when you’ll still ride for someone even if they have a change of heart.

Are you building community or just gathering a bunch of angry people looking for something to do?